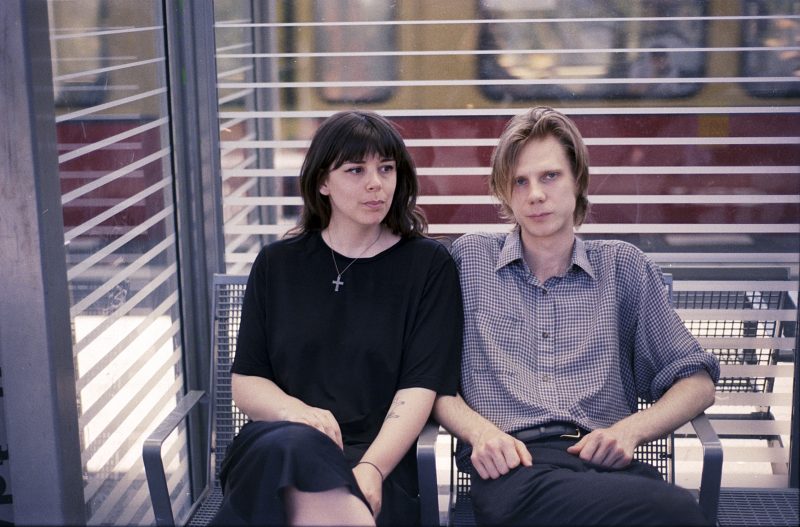 Dead Finks, led by Erin Violet and Joseph Thomas, began writing music in Sydney, Australia, ca. 2016/17 playing sporadic shows under various guises without much of any overarching plan. In 2019, they relocated to Berlin, Germany, and resolved to start releasing records and making regular live appearances. As of 2020, a name has been settled on, songs have been mixed and new friends have been recruited into the fold.
And so came “Dead Fink Era”, their debut album with 8 tracks in 25 minutes, mostly self-recorded and self-produced between Thirroul (Australia) and Berlin (Germany) and released by Späti Palace / Urge Records in March/May 2020. Some songs expose a love of new wave synthesizer groups like New Order and Yellow Magic Orchestra, while others lean into the more aggressive punk style of let’s say Wire and Swell Maps.
There’s also threads of drone, hardcore punk, and some straight-up pop moments for good measure. Programmed beats right next to real drums, guitars next to synth and samples, songs next to tracks. “From the biting single ‘Bitter Pill’ to the dance in your living room sound of ‘Cheerleader’ Dead Fink Era is riddled with anxiety and melancholy. A perfect summation of our modern lives inside on quarantine”, as cvltnation.com put it in a recent interview.
Their second album „The Death And Resurrection Of Johnathan Cowboy“ will be released via Erste Theke Tonträger / Urge Records in August 2021.